In this technical article, Fiat Chrysler Automobiles explain how they created a multibody optimization project to identify the optimal values for the powertrain suspension stiffness for a three-cylinder engine in order to minimize the vibrations at idle condition and ensuring greater ride comfort to the passengers.

A vehicle’s engine suspension is primarily responsible for shielding the body of the car from vibrations generated in the engine by the reciprocating masses and the forces of the gas pressure. For vibrations during engine idling, this is mainly achieved by tuning the stiffness of the engine mounts, so that the natural frequencies of the system are set far enough away from any frequencies that may be produced by the engine. During operation of the car, however, the excitation induced by movement on the road produces undesirable shaking in the engine, that may cause perceptions of discomfort to passengers. The tuning requirements for these two cases (the idling engine and the shaking engine in motion) can often generate opposing choices. To harmonize these choices, we conducted a multidisciplinary optimization on the stiffness of the engine mounts using modeFRONTIER® and ADAMS/Car®, for a three-cylinders engine. A preliminary design of experiments (DoE) was used to train a set of response surfaces, after which a genetic algorithm was used to find the Pareto frontier (response surfaces method - RSM).

Internal combustion engines generate vibrations during operation. The first class of excitation is due to the design parameters: inertial forces and torques from reciprocating masses, variations in gas pressure in the cylinders, centrifugal forces. A second class of excitation is generated by variations in the production process: combustion problems, crank mechanism unbalanced components, unbalanced ancillaries. A powertrain suspension is used to shield the car body from these vibrations.
Fig.1 shows a typical engine suspension for a front-mounted East/ West engine: two mountings in the vertical plan of the center of gravity and a torque rod.
In the case of a three-cylinder engine without countershafts, the engine excitation (Fig.2) can be described as follows:

During a car journey, road irregularities are transmitted to the powertrain, which has at least 6 degrees of freedom as a rigid body within its bay – due to the engine’s suspension which allows it to move under both static and dynamic loads. The energy of these engine vibrations is transmitted back to the car body, which can cause vibrational discomfort for passengers. This is called “engine shake”.
Fig.3 provides an example of a modal analysis obtained by linearizing the system at amplitudes of ride comfort, while

Fig. 3 - Example of one modal analysis of engine shake

Fig.4 shows the power spectral densities (PSD) of the vertical accelerations on the wheel hub, car body and engine during a ride comfort mission. 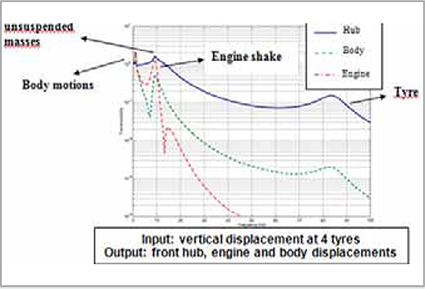 Fig. 4 - PSDs of a ride comfort mission and engine shake

Description of the virtual model

The idle condition consists of a stationary vehicle, in which the excitation of engine itself is of relatively low amplitude and at specific frequencies (engine orders). In this condition, the hysteresis of the dampers hinders the vertical motion of the suspension. The model used to represent this condition was a complete vehicle with NoSpin tires, locked suspension, and mounts operating in their dynamic stiffness and damping state, which was calculated using the amplitude and frequency of the vibrations during idling (Fig.5).

In order to relate the idling performance to the corresponding modal map, a modal analysis was performed in idle condition for each configuration. MB-Sharc post-processing allows kinetic energy distribution to be identified for each rigid part and for each mode. We can see the frequency and distribution of energy for each direction for each mode of the powertrain (Fig. 6).

The idling performance is expressed in terms of the vibrations transmitted to the car body. Inputs were calculated for a threecylinder engine, without counter-shafts and with FCA’s specific mass balance on the crankshaft. These were then dynamically applied to the engine center. The inputs took into account combustion and the reciprocating masses, as well as the unbalanced rotational forces and a statistically generated ignition irregularity effect.
The output is the Fast Fourier Transform (FFT) value for the velocity at the seat rail, and the peak values measured at the frequencies of the orders 0.5, 1 and 1.5 (Fig.7). 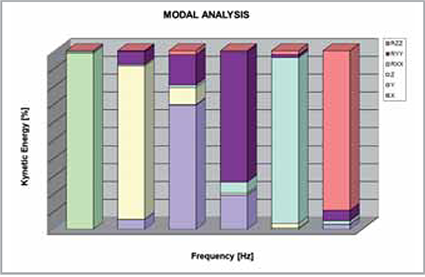 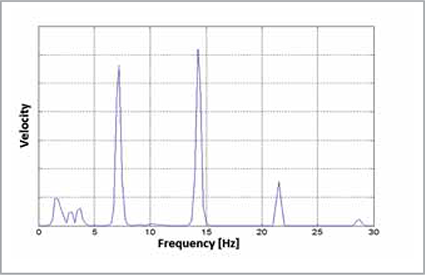 A vibrational model of a complete vehicle was used to simulate a ride comfort track. Acceleration sensors were placed in the correct positions and were used to calculate the DiffNorm diagnostic parameter developed by FCA, in order to isolate the effect of engine shake from all the other sources of vibrational discomfort and evaluate it (Fig.8).
This model had already been validated in the normal configuration across a full range of ride comfort simulations.

A modeFRONTIER workflow was created to make all the models presented above work together.
There are seven input variables: three static stiffness values for the right mount (one for each direction), three static stiffness values for the left mount, and one static stiffness value for the torque rod. Each stiffness value is then transformed into the correct dynamic stiffness value, depending on the simulation to be performed. Stiffness constraints in the different directions were imposed in order to avoid unworkable mounting designs.
The workflow includes the modal and dynamic analyses for the idling state and the ride comfort analysis for engine shake. For each design, the DiffNorm (engine shake), and the three idling peaks at the orders of 0.5, 1, and 1.5 were calculated. The results of the modal analysis are stored for each design, in order to compare them to the dynamic performance during idling. An activity flow chart is presented in Fig. 9. 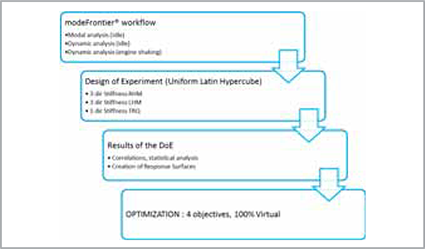 Based on a uniform Latin Hypercube, a DoE of 200 designs was launched. The results served to create an initial view of the problem, and allowed us to better understand the link between the modal analysis and the dynamic response during idling.
Simple but powerful observations can be made by plotting the modal frequencies against the maximum peaks during idling. Fig.10 shows that the best performance (i.e. the lowest vibrations) is obtained if the yaw frequency is higher than the first order input frequency. Low peak values with higher dispersion can also be obtained if the yaw frequency is lower than the first order. If the two values are too similar, it is impossible to find a good solution (red circle).
Similar behavior can be observed for other order/mode pairs, if chosen correctly, demonstrating the solidity of the workflow and validating the strategies used to set the stiffness of the powertrain’s suspension. As examples, see Fig.11 (yaw vs order 1.5) and Fig.12 (roll vs order 0.5). 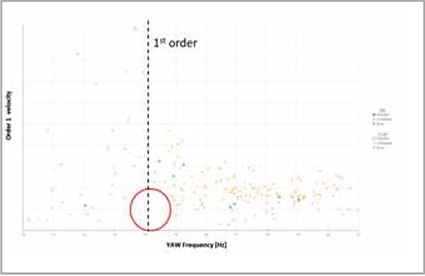 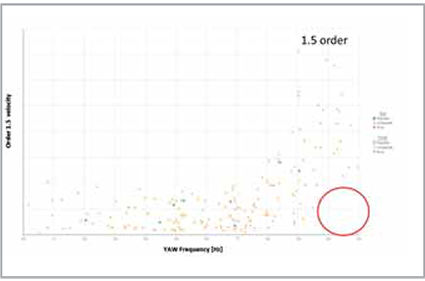 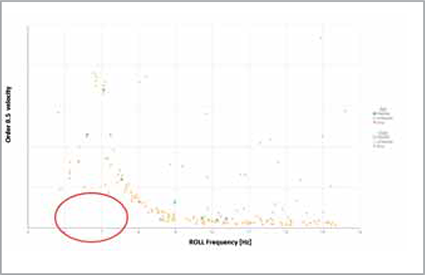 Response surfaces are multidimensional mathematical functions, which are generated based on the results of the preliminary DoE. For each of the four outputs (the DiffNorm and the three idling peaks) we tried to find the best function of the seven stiffness input values.
In Fig.13, two three-dimensional sections of the surfaces are shown. The validation of the surfaces is done by comparing their value with those of the DoE configurations not used for their training.(Fig.14).

Fig. 13 - Three-dimensional section of some of the response surfaces 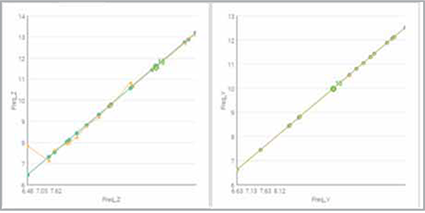 The creation of the response surfaces allows a very rapid optimization phase. A genetic algorithm (NSGA-2) was used. After identifying the Pareto frontier, the most promising designs on the frontier are selected and validated on the multibody models. Fig.15 shows the results of the optimization, in terms of improvements compared to the baseline design. As can be seen, the optimal design (even run on multibody models) achieves performance improvements in all areas, particularly for the idling vibrations.
If we examine the modal frequencies with reference to the first order frequency (Fig.16), we see that Rx and Rz are higher. This means that, at some engine speed above idle condition, there may be a correspondence between engine order and resonance, particularly for yaw, which must be carefully evaluated.

We created a workflow in modeFRONTIER to evaluate the effect of stiffness of the engine suspension in relation to idling and ride comfort. The workflow included state-of-the-art multibody models developed in MB-Sharc, the customization of Adam/Car used by Fiat Chrysler Automobiles. By means of a first DoE, a set of response surfaces was trained.

A virtual optimization on these response surfaces found an optimal solution that, validated on the multi-body model, proved to be extremely beneficial for both engine shake and idling. The modal map of this optimal design, however, was different from the baseline in terms of resonance frequencies that were higher or lower than the orders of the idle condition. For this reason, further evaluations are underway to decide whether the optimal design is robust enough for all other constraints and performance targets. 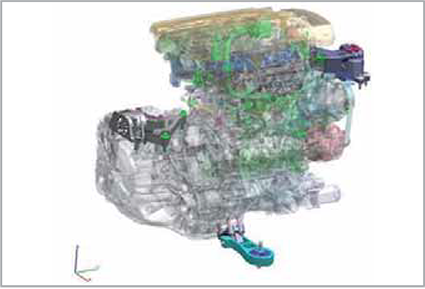 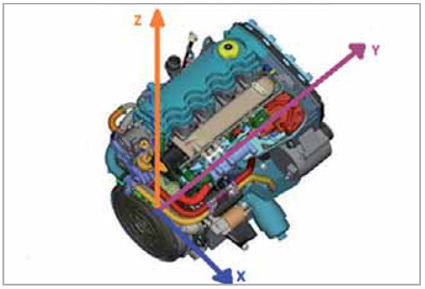 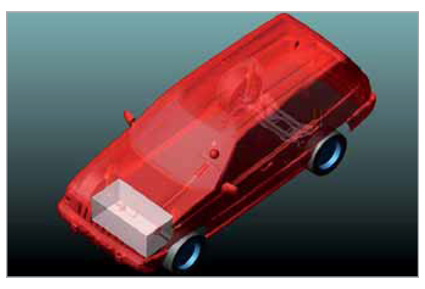 Electrifying Solutions for Motors and Generators