Industrial automation customers, like any other customer, want higher quality products sooner at a convenient price, along with great after-sales service and support. Fortunately, virtual commissioning enables quality, time-to-market, and cost efficiency all to be greatly improved.

Virtual commissioning is a new approach for the design of automated machines that integrates all, or most of, the machine system elements, such as mechanics, electrics, sensors, actuators, robots, and the automation software from the very beginning of the design phase.

This enables companies to ensure the overall efficiency and quality of their machine’s hardware and software, minimize the risk of errors, and dramatically reduce commissioning time. The following article explains how this new approach to the design of automated machines can enable industrial automation OEMs and system integrators to achieve these business imperatives with the assistance of industrialPhysics simulation software.

Industrial automation customers are no different from any other customer: they want their products delivered sooner, with a higher quality, at a convenient price. They also want to be the first to receive new products with great after-sales service and support. Fortunately for automated machines OEMs and system integrators, quality, time-to-market and, ultimately, costs are all objectives that can be greatly improved by adopting a virtual commissioning approach.

Whilst traditional commissioning involves a late (and oftentimes troublesome) “marriage” of mechanics, sensors, actuators and automation software, virtual commissioning is a new approach to machine design that develops the hardware and software in an integrated way from the very beginning of the design phase. Since ever-tighter development schedules increase project risks, potential issues need to be identified and addressed effectively from the outset. Identifying an issue at a later stage will postpone delivery, potentially exposing the provider to penalties and, if the issue affects critical requirements such as machine performance, ruining the project and the provider’s reputation with the customer.

Errors must be ruled out from the start so that “right first time” designs can be achieved.

Virtual commissioning can be defined as a design approach that integrates all, or most of, the machine system elements, such as mechanics, electrics, sensors, actuators, robots, and automation software.
industrialPhysics, a simulation software developed by machineering GmbH & Co. KG, is a powerful virtual commissioning environment It enables the simulation model to be easily obtained by importing the Mechanical CAD data (the geometry, and the material, mass, inertia information etc.) and then enriching it with simulation-specific information. The link established with the MCAD software is bidirectional: simulation information can either be saved back into the CAD model files, or into a separate file linked to the CAD model structure, as required. These features allow engineers to effectively integrate their industrialPhysics simulation models with PLM/PDM solutions and processes. Moreover, the industrialPhysics engine uses a differential synchronization technology that will only synchronize those parts of the CAD file that have been updated or changed: these feature, supported by an advanced caching engine, allow the designer to switch seamlessly between the MCAD and the virtual commissioning design environments.

Included among the various simulation information with which industrialPhysics can enrich the CAD model for designers are static, dynamic or kinematic objects. Moving parts such as products, conveyors, drives and actuators can be defined at the required level of detail. Mass, inertia, friction and collision can be accurately modeled. Sensors can be modeled as well, from simple contact sensors, light sensors and barriers, to barcode scanners and advanced pattern recognition. Once the simulation is started, rigid body dynamics simulation takes over; part flow and the machine’s behavior can also be accurately simulated.
The automation software can be modeled using several approaches. All the active components of the model expose their I/Os to the software environment. A first approach is therefore to program the automation directly into industrialPhysics, using its own scripting language and the internal PLC emulation technology. This makes it possible to easily create and program machine simulation models. A second approach is based on an I/O image that can be generated with ease by industrialPhysics and then used via a TCP/IP connection. The PLC software can be programmed by the automation software developers in the same way that they would for the real machine and using their existing development tools. The automation software connects to the virtual PLCs emulated in industrialPhysics.

Fig. 4 - Automation developers can program in their current development IDE and test the software on the industrialPhysics simulation model

A third approach exploits the hardware in the loop (HIL) capabilities of industrialPhysics. It is, in fact, possible to connect the simulation model to one or more physical programmable logic controllers (PLCs) using the same I/O values mentioned before. Fiedbus can either be emulated by industrialPhysics, or by an external device called Field Box 1, also developed by machineering GmbH & Co. KG. One of the main advantages of the Field Box technology is that the simulation PC’s central processing units (CPUs) do not need to handle the fieldbus traffic as this is done in the Field Box, which increases performance.
Additionally, it is possible to connect PLCs from different vendors and using different protocols: in this way it is possible to emulate multiple devices on the Field Box, which generates a simulation that runs virtually as it would when deployed on the real machine counterpart.
Furthermore, industrialPhysics offers a comprehensive Robots library that allows machine designers to integrate prebuilt models of robots from several vendors, such as Fanuc, KUKA, Stäubli, Yaskawa etc. on the fly. The robot in the MCAD system can be enriched with inverse kinematics and path planning objects that convert the 3D geometry of the robot into a dynamic object that is managed by industrialPhysics.

The benefits of virtual commissioning: results of a field study

Virtual commissioning allows the creation of comprehensive models of a real system to enable better and faster development and testing. Using virtual commissioning, the physical behavior of the machine under development can be simulated long before any component of the system has been procured or manufactured.
Real-time models can be used to validate new designs at an early stage, optimizing the system and guaranteeing the customer’s specifications (e.g. throughput) will be met. The main benefits can be summarized as follows:

How can these benefits be measured? A field study titled “Head start with simulation” was run on real commissioning objects and by real development teams, with and without the use of industrialPhysics, and the key performance indicators (KPIs) were calculated. (Details of this study are available on request. Please see the contact details provided at the end of the article.) The results demonstrated that virtual commissioning enables designers to:

It can therefore be concluded that simulation tools such as industrialPhysics can be used today to perform comprehensive virtual commissioning, from testing early-stage simple logical sequences to complex and critical scenarios, to ensure the overall efficiency and quality of the machine’s hardware and software, minimize the risk of errors, and dramatically reduce commissioning time.

industrialPhysics is an innovative simulation platform for the digital design and virtual commissioning of complex production machines, lines and plants. 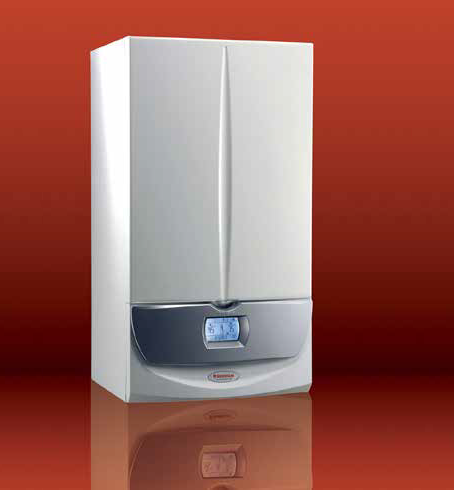 Interview with engineer Luca Cavalli, from the advanced engineering team at Immergas

In this interview, engineer Luca Cavalli, of Immergas’ advanced engineering team, discusses the technical and business benefits the company has realised since first introducing Computer-Aided Engineering (CAE) technologies into its R&D department in 1997.