A pilot study carried out by engineers from EnginSoft and Beltrame

A pilot study carried out by engineers from EnginSoft and Beltrame concluded that the production process of a hot rolled IPE Profile can be successfully simulated using a combination of experience and numerical simulation.  The study allowed the engineers to estimate the shape profile geometry after each roll pass, the rolls wear and the total load and point at which the beam will bend in off-center setups. The complete simulation of 4 consecutive roll passes which accounted for more complex aspects such as the differential cooling of the bar and the excessive bending and differential velocity effects, introduced significant improvements in the understanding of the actual shape rolling process, helping engineers to control the out-of-axis loads in roll pass design. 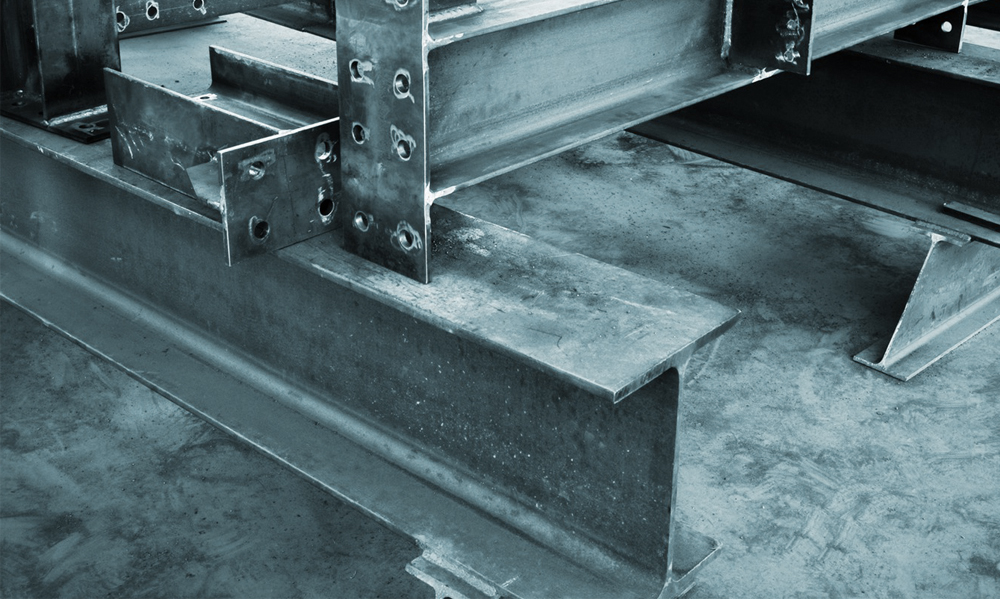 The scope of the Shape Rolling Study

The scope of this study was to identify the extent to which Finite Element Analysis is able to assist in the roll pass design of large European Standard Beams.

The study was carried out using Transvalor Forge, with the assumption that a rigid die would be used in production. The actual IPE profile studied is produced in seven roll passes. The first three passes were omitted from this study, since they introduce only small deformations in the initial shape. Two approaches were taken for the FEA of passes 4 to 7. First, they were simulated individually and later they were simulated in a more complex setup that included all four passes in a single simulation.

Starting from the standard hot forging template, the die designs were exported from the company’s 3D CAD system to the .step file format in Forge. All relevant boundary conditions such as the correct start position of the rolling guides; the correct temperature, friction and thermal exchange coefficients were then added to the template. Since the velocity and deformation within the rolls is uniform, the starting billet was reduced from 1200mm to 400mm in length in order to shorten the calculation time and processors needed to run the computation. The billet:

Starting from the same hot forging template a more complex scenario was set up in which the actual billet length of 12000mm was used and where all the same 4 roll passes which had been simulated individually were simulated sequentially with each roll pass inheriting its starting part from the previous roll pass.
Re-meshing needed to be carried out and this resulted in 25000 elements and the computations which took about 8 hours to complete, were carried out on a 16 core processor cluster.
The findings of this study confirmed that FEA can prove to be very useful in the design phase of the shape rolling of beams.

The comparison of the simulation results with the actual shape rolling production process showed agreement in the shape prediction, velocity of the bar, rolls wear and total loads, implying that similar simulations of other types of beams including the American Standard Beams would yield equally useful results.

"The accuracy of the simulation results coupled with years of on-the-job experience and the use of Forge’s cluster version are shortening the lead times for the evaluation of our new products. EnginSoft is guiding us in the advanced use of the software and in the interpretation of the results obtained. We are excited that with the help of EnginSoft’s engineers and the Forge software, we are applying our valuable knowhow to innovation that affirms AFV Beltrame's leadership in the industry." 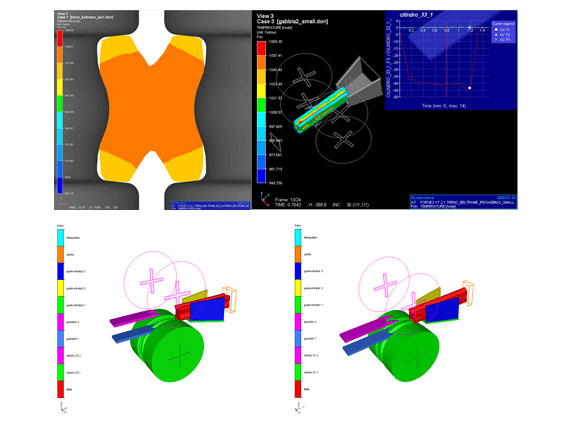 Shape profile after the 5th roll pass including the bar temperature and total load on the rolls (top); the 6th roll pass (vertical) setup and the 7th (vertical) (bottom)

FORGE® NxT is the software solution for the simulation of hot and cold-forming processes. FORGE® NxT fulfills the needs of companies producing forged parts for a variety of industrial sectors.