In this technical article, EnginSoft and Prometech explain how they executed a highly complex computational simulation on the fluid-structure interaction of the oil flow inside a reciprocating engine, on behalf of Honda R&D. Since such simulation usually involves high computational and time costs, the engineers opted to use the more sophisticated technology of Moving Particle Simulation (MPS) to approach the challenge because of its semi-implicit scheme for time integration in incompressible flow.

Predicting and optimizing the oil flow in a reciprocating engine is an important design task. The engineers explain how they simulated the oil separation process in two different breather chamber structures using Particleworks to investigate their efficiency in separating the oil from the blow-by gas. In a two-phase process, they first computed the drag force using grid-based Computational Fluid Dynamics (CFD) software, after which the defined it as a spatial function of the external force in the breather chamber in the Particleworks simulation.

Oil flow simulation in a reciprocating engine at Honda R&D

One of the particle methods for fluid dynamics simulations, Moving Particle Simulation (MPS) has begun to be used as an innovative and effective computational simulation technique for design and development. In contrast to one of the major particle methods Smoothed Particle Hydrodynamics (SPH), which is mainly used to model compressible flow and adopts an explicit scheme for time integration, MPS is formulated to treat incompressible flow and uses a semi-implicit scheme for time integration. In general, since most engineering problems concerning fluid-like materials in the manufacturing industries can be treated as incompressible, it is thought that MPS is suitable to treat these problems. In addition, the semi-implicit time integration scheme in MPS has an advantage in computational cost for longer manufacturing process. For these reasons, MPS is used in various industries including automotive, power transmission, chemical and pharmaceutical, food and beverage, medical, and civil and environmental engineering. In this article, we introduce a real application from one of the leading automotive companies in Japan which is using the MPS-based simulation software, Particleworks.

Oil flow simulation in a reciprocating engine at Honda R&D

Air-resistance (drag force of the air) in the breather chamber was considered by adding the drag term to Eq.(2). In addition, the drag term was defined considering the size of the particles as in Eq.(3). Since the size of the real oil mist found in the blow-by gas is very small (1 mm to 10 mm), the coarse graining model technique was used to reduce computational cost. The MPS particles representing the oil mist were defined using the coarse graining model with a size of approximately 250 mm to 500 mm. The drag force was computed using grid-based Computational Fluid Dynamics (CFD) software prior to the Particleworks simulation and defined as a spatial function of the external force in the breather chamber in the Particleworks simulation.

The governing equations for incompressible flow are the continuity and the Navier-Stokes equations:

where, r is density, u is velocity, P is pressure, n is the diffusion coefficient, and g is gravity.

MPS-based numerical computational technology has already been used in front-line design and development processes, as stated in the introduction to this article. MPS represents a more sophisticated technology that will supplement the more conventional numerical methods, ie. Finite Element Method (FEM) and Multi Body Dynamics for complex flow problems and fluid-structure interaction problems in the near future.

Acknowledgements: The author and Prometech Software wish to thank Mr. Haga of Honda R&D Co., Ltd. for the permission and opportunity to introduce their important research projects using Particleworks.

Source of Image at the top of the article: http://www.honda.co.uk/cars/new/civic-type-r-2015/overview.html

More detail can be obtained from “Honda R&D Technical Review Vol.26 No.2, 2014” if you have interest in this topic. Sunao Tokura, Prometech Software Inc., 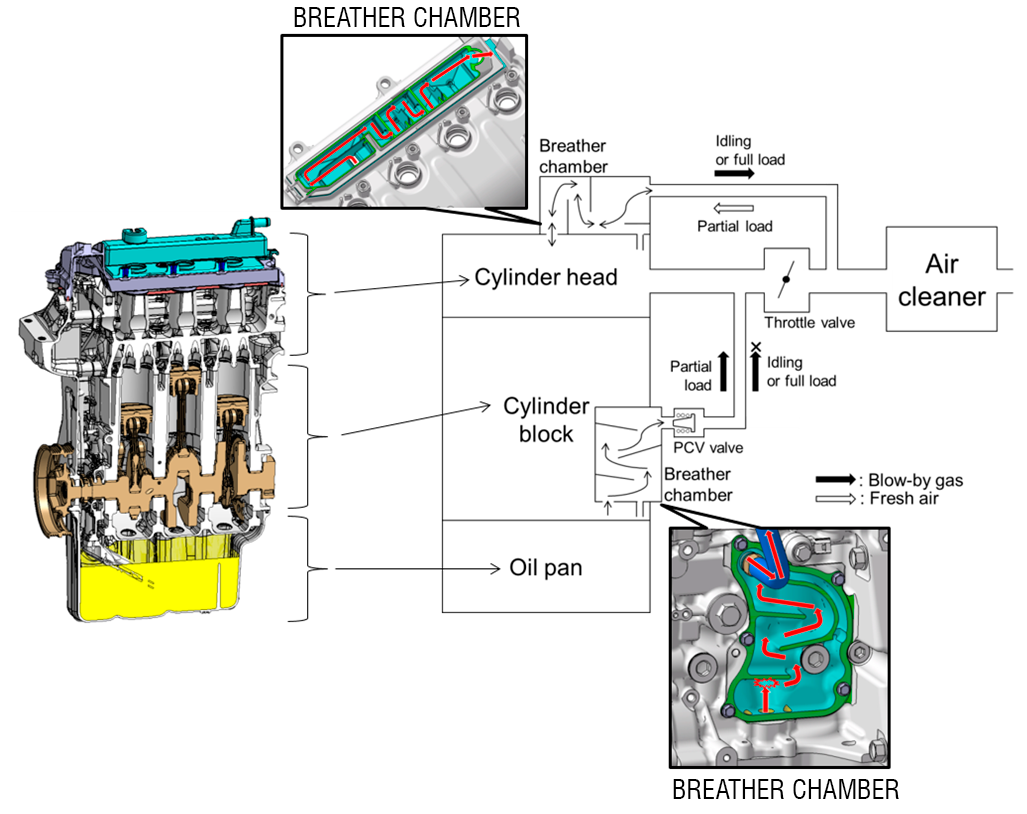 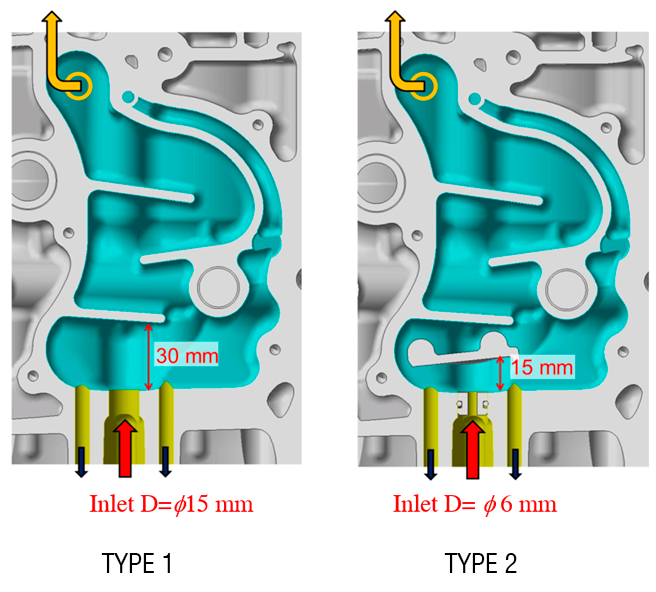 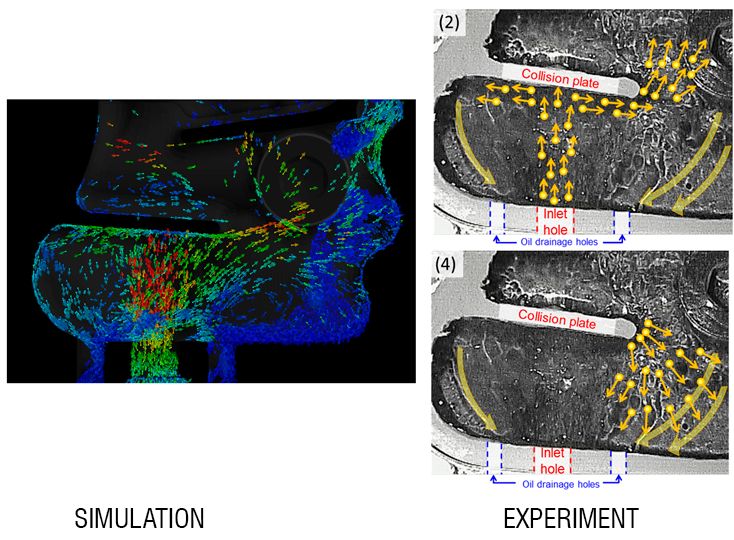 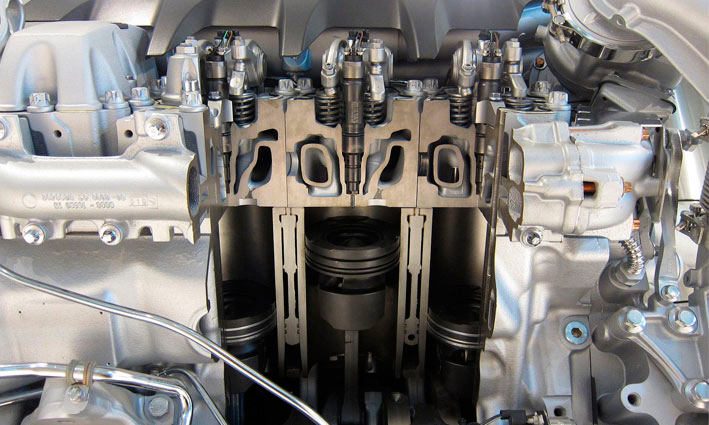 The model contains both rigid and flexible bodies: the pin was modelled using the proprietary Full Flex technology which includes a Finite Element body in the dynamic simulation.