Optimizing the performance of antennas installed on avionics platforms

Electronic Warfare (EW) tactics seek to obtain control of the electromagnetic (EM) spectrum to disrupt the performance of enemy systems that use electronic sensing devices to operate. One of the passive tactical measures used are electronic support measure (ESM) systems, comprised of antennas that are installed on a naval, avionics or terrestrial platforms and which analyse incoming radio frequency (RF) pulses to provide the direction of arrival (DoA) and other characteristics of the received electromagnetic waves. However, EM interactions with the platform can create deformations in the shape of the antenna’s radiating beam, resulting in both amplitude and phase unbalances between the independent channels of the receiver, thereby reducing the accuracy of the estimation. It is therefore fundamental to evaluate these pattern deformations during design and this is most commonly done using specific EM solvers. The large dimensions of the platform on which the antenna is installed relative to the wavelength means that full-wave solvers and required to solve linear algebraic systems involving many millions of unknowns, dramatically increasing the computational burden.

This article discusses the use of the Ansys HFSS SBR+ method for wave propagation analysis that is based on specific EM propagation formulations (commonly referred to as Asymptotic Methods), and which offers an effective alternative in terms of solution accuracy and computational cost. The method’s effectiveness is demonstrated in this case study that considers the analysis of an ESM sinuous antenna installed on an avionics platform.

Optimizing the performance of antennas installed on avionics platforms

The main scope of Electronic Warfare (EW) is to obtain control of the electromagnetic (EM) spectrum and to minimize the effectiveness of enemy systems that rely on electronic sensing devices to operate. To achieve these ends, several measures are usually required:

Systems implementing the above techniques usually cooperate in the vast and complex electronic warfare scenario.
Tactical knowledge of the distribution of hostile electromagnetic sources over an area or around a protected platform is necessary for both defensive responses (i.e. self/mutual protection) and for electronic offensive operations (jamming missions).
Tactical interceptions refer to two main operations: radar warning receiver and electronic support measures (ESM). The former allows the detection of radar signals, identifying the presence of known emitters and terminal threats. The latter handle tasks of medium/high complexity and analyse the incoming radio frequency (RF) pulses (e.g. frequency, pulse width, modulation, time of arrival), providing the direction of arrival (DoA) of received electromagnetic waves [1]. Several techniques have been developed to process emitter RF signals and estimate the relative DoAs; each technique has specific pros and cons. In addition, it is usually possible to install more than one direction finding (DF) receiver on the same platform.

The main DoA techniques are:

The direction finding techniques described are based on the use of arrays of two or more antenna elements that intercept the incoming EM wave and transfer it, in the form of an electrical signal, to the receiver. The signal is then processed to estimate the corresponding goniometric function. Typically, the DoA estimation algorithms implemented in the receiver refer to arrays that are located away from external interfering objects, thus achieving the highest accuracy in terms of root mean square angular error.
Therefore, in practical installations of ESM systems on a specific platform (naval, avionics or terrestrial), it is critical to evaluate the pattern deformations of the installed antenna’s sensors. Deformations in the shape of the antenna’s radiating beam, caused by EM interaction with the platform, result in both amplitude and phase unbalances between the independent channels of the receiver, thereby reducing the accuracy of the DoA estimation.
For more information about electronic defense and related techniques please visit [2].
It is common practice to analyze the pattern deformation of installed antennas using specific EM solvers. Unfortunately, as a consequence of the large dimensions of the platform relative to the wavelength, full-wave solvers have to solve linear algebraic systems involving millions (and even hundreds of millions) of unknowns. This increases the computational burden enormously. However, specific EM propagation formulations (commonly referred to as Asymptotic Methods) offer an effective alternative in terms of solution accuracy and computational cost. In this context, the Ansys Electronics Desktop portfolio provides SBR+, a general-purpose method for wave propagation analysis based on a high-frequency asymptotic electromagnetic solver. The method is based on the ray tracing technique and enables EM interaction in an electrically large and geometrically complex platform to be rapidly and efficiently evaluated.

Geometrical optics rays are launched from the phase center of the transmitting antenna towards the structure, evaluating the induced surface currents. The scattered field is then calculated by integrating these currents using physical optics methods. The first bounce zone is then established. Subsequently, several incident rays are reflected towards other zones of the platform, resulting in the second bounce zone and so on. In this way, SBR+ implements the so-called multibounce scattering process. To further refine the accuracy of the result, the SBR+ technique exploits Physical Theory of Diffraction (PTD) wedge correction, Uniform Theory of Diffraction (UTD), edge diffraction ray sources and creeping wave physics [3].
In the following, the basic steps of pattern deformation analysis on an installed antenna are described. An avionics platform is considered and the antenna was positioned a few meters behind the trailing edge of the wing, as shown in Fig. 1.
The first step is to design the antenna in a free-space environment. An antenna used in an EW system is commonly required to operate over a wide frequency bandwidth. Several types of UWB antennas have been developed over the years [4]. One such example is the sinuous antenna [5]. It belongs to the class of frequency-independent antennas. It is usually printed on a dielectric substrate in a printed circuit board (PCB) and in many applications is supported by a conductive cavity. Its basic principle of operation is to radiate localized currents at specific frequencies in the so-called “active regions” of the circuit (see Fig. 2).

Fig. 3 shows the far-field pattern at 3GHz in a free-space environment. One can see that the pattern has good azimuthal symmetry as is expected from this type of antenna in free space.
Once the 3D model of the antenna has been simulated and the 3D pattern fully characterized, the second step in the analysis is to export the near field box of the antenna. The solver calculates the equivalent electric and magnetic currents on each geometric surface of the box.

Once the current samples have been memorized, they can be imported to a specific position on the platform of interest, as illustrated in Fig. 4.
The HFSS SBR+ solver processes the surface currents to evaluate the installed far -field pattern of the antenna. In the installation considered, the greatest impact on the radiated electric field relates to the shadowing effect of the wings, as shown in Fig. 5. In this figure, the green curve indicates the far-field pattern of antenna in free space and the red curve indicates the far-field pattern of the installed antenna in the azimuthal plane (i.e. elevation=0 degrees). The directivity of the antenna is shown and the masking effect of the wing can be seen for azimuthal angles less than Φ = -30 degrees, which corresponds to Azimuth = -30 degrees. The pattern deformation could severely affect the overall performance of the system (e.g. DoA estimation) and must be taken into account in the development of the design.
A rapid and reasonably accurate evaluation of the platform’s impact on the antenna’s radiating characteristics is therefore of primary importance for optimizing the performance of the installed antenna.

Fig. 1 – Avionics platform considered for the analysis. The antenna is positioned at the rear of the aircraft. 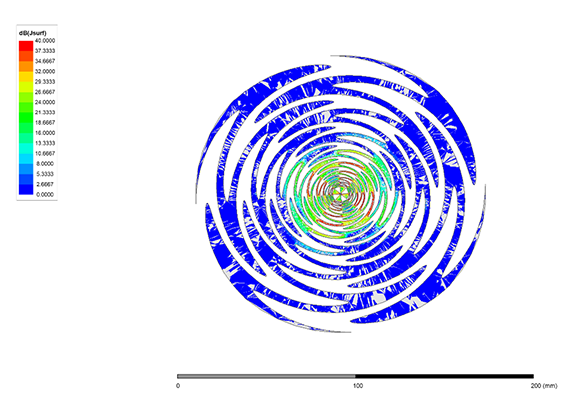 Fig. 2 – Surface currents on sinuous antenna at 3GHz. The active region is identified by the high-value currents.

Fig. 4 – 3D Radiation pattern of the installed antenna at 3 GHz 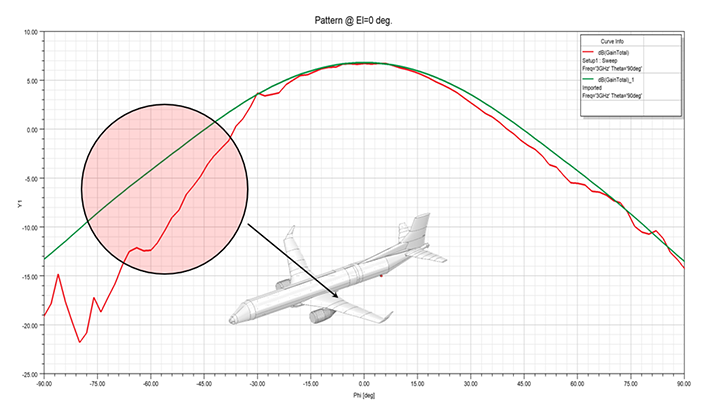 ELT (a.k.a. ELETTRONICA) Group is a global leader in the business of Electromagnetic Spectrum Operations with a complete portfolio of state-of-the-art solutions to satisfy the most challenging requirements of modern operational scenarios. ELT is an Italian Company, established in 1951, share-held by Leonardo, Thales and, for the majority, by a private owner, with an order book of 1.2 B€ and revenues of 250+ M€ per year.
The solutions designed and manufactured by ELT cover a wide range of applications and missions:
• Intelligence-Surveillance-Reconnaissance
• Self and Mutual Protection
• Electronic Attack, Escort, Stand-in and Stand-off Jamming
• Convoy Protection and Prevention
• Homeland Security and Border Surveillance
• Cyber EW and intelligence
ELT solutions are integrated in several kind of platforms (aircrafts, helicopters, fighters, UAVs, Surface ships, underwater vessels) and manage information in air, land, sea and cyber domains. The record include military, military supported and intelligence missions where the Company solutions have been tested and proven in operations by European and non-European Countries worldwide. ELT widen its competence and offers by means of two sister Companies: ELT GmbH, which is a Centre of Excellence in Homeland Security, Test Validation Systems and Video Digital Boards Design and Production. CY4GATE, which provides Governments with software and hardware solutions to support the full cycle of intelligence and to succeed in Cyber operations in the electromagnetic environment, communications, operating systems and wired networks. 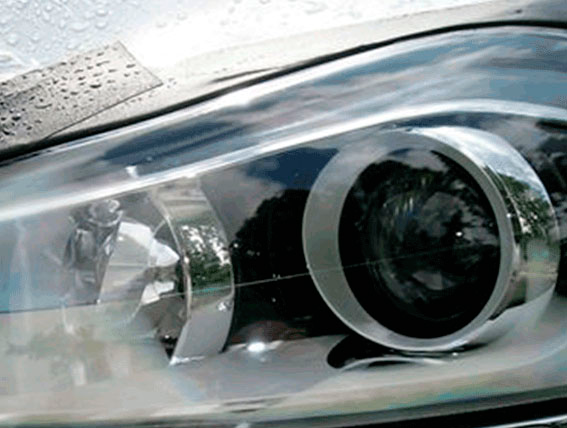 EnginSoft implemented a new 3D CFD multi-phase model to simulate the water condensation-evaporation processes inside automotive headlamps for Automotive Lighting, a leading supplier of quality headlights to the OEM market