Robotic inspection systems are increasingly being used in both civil and industrial infrastructure or facilities to inspect hard- or dangerous-to-reach critical places. Cable-driven hyper-redundant robots, which take their design inspiration and functionality from the movement of snakes, are highly articulated and hence very flexible robotic structures attached to a fixed base that are actuated and manipulated by intricate systems of cables and joints.
This article discusses a multi-objective optimization study to determine the optimal matrix for the routing of the actuating cable system in order to minimize the cable load on the robot and maximize the robot’s payload.

The aging of infrastructure is an emerging threat in both civil and industrial environments. In the meantime, infrastructure or facilities continue to operate beyond their expected lifetime and the risk of failure increases. Moreover, infrastructure is often not designed to be inspected and this can be a significant problem when critical parts are inaccessible, difficult or dangerous for a human operator to reach. For these reasons, the use of a robotic system can represent a gamechanger.

IIT is developing a new robot capable of performing inspection tasks in harsh environments and confined spaces. A first prototype is shown in Fig. 1. Inspired by a snake, it is a cable-driven hyper-redundant robot. The cable-drive makes the structure light, robust and operable via a minimal set of on-board electronics. Moreover, the use of cables is a significant advantage when the manipulator has to operate in hostile environments with high temperatures or chemical hazards, since the motors and most of the electronics can be safely positioned at the base of the robot.
At the same time, cable routing can be very complex and this can have a huge impact on system performance, in fact, the interaction between the cables and the structure can increase the cabling loads considerably, thus decreasing the payload of the robot.
This article presents a multi-objective optimization routine to address the challenges created by operating the cable in a hyper-redundant robot. The robot under development consists of ten rigid links connected to each other by joints of one degree of freedom. The goal is for the system to be able to reach points up to 5 meters away from the base while transporting cameras and other sensors, depending on the inspection task to be performed.

The main challenge of this study

The cables pass through the robot along a precise path and their interaction with the structure generates loads that affect the robot itself. These loads vary based on the robot’s payload and the articulation angles during movement. Different cable routes change the loads on the cables significantly, so it is possible to investigate the behavior of the forces by varying the path followed by each cable.
Each joint is driven by two antagonist cables anchored at points A and B, as shown in Fig. 2. There are 20 ports on the joint, arranged in a circumference, through which the cables can pass. The cable routing matrix T describes the ports through which the cables pass. T is an upper triangular matrix and any element ti,j represents the port on the joint i through which the cable that guides joint j passes. The number of free variables can be reduced from 55 to 36 by considering the following design choices:

In addition, the elements of the routing matrix are subject to some constraints:

Furthermore, the routings that satisfy these constraints are not always feasible because cables may intersect along the structure of the robot.
The goal of this study is to find the routing matrix that minimizes the maximum forces of the actuation cables.

Maximum cable forces of the robot

Once the maximum forces on the actuation cables for a given matrix T were obtained, a sensitivity analysis was performed to identify the most significant parameters of the routing matrix. To meet all the above constraints, the DOE generation was implemented in MATLAB, and the scatter matrix tool was used to verify that this DOE was able to cover the entire domain of variables.
The main and interaction effects of the 36 T parameters on the cable forces were analyzed using SS-ANOVA. In particular, the forces of the first and second joints, which are the most stressed, and the norm of the cable force vector were selected as the performance indicators. Considering all the independent terms of T, this method requires a DOE table of 703 elements. This analysis made it possible to reduce the number of the optimization variables from 36 to 17.

This optimization problem aims to find the optimal routing matrix to minimize the cable forces on the first and second joints and on the norm of the cable force vector. As shown in Fig. 4, modeFRONTIER generates the set of 17 variables that satisfy the routing constraints, then MATLAB takes these parameters as input and tries to generate a feasible T matrix by verifying the cable intersection constraint. If this constraint is satisfied, the objective functions are evaluated, otherwise modeFRONTIER generates a new set of input variables. Since the optimization variables are integers and the problem is multi-objective, the Multi-objective Genetic Algorithm II (MOGAII) algorithm has been chosen for the optimization strategy using manual settings. The table below lists the solver parameters.

The optimization routine analyzed 3,820 designs, of which 851 were feasible (~22%). Observing each objective function, it is evident that some designs perform well in one objective, but poorly in the others. Therefore, thresholds were defined for Fc1 and Fc2 to select the best designs.
The values of the threshold were chosen by considering the pulling force of the actuators, while the norm of Fc was used to rank the feasible designs.

The table above shows the best and the worst routing matrices obtained from the optimization problem. These results, illustrated in the bubble chart below (see Fig. 5), demonstrate that the routing matrix significantly affects the actuation forces.

This study discusses an optimization method to minimize the load of the actuation cables and maximize the payload of a cable-driven hyper-redundant robot.

This tool can help the designer to evaluate different, non-trivial routing paths. Where an intelligent designer may conceive of a few feasible routing matrices in one day, this approach will generate hundreds of possible solutions while also performing the static force analysis.

The Istituto Italiano di Tecnologia (IIT), based in Genoa, Italy is a foundation financed by the State to conduct scientific research in the public interest, for the purpose of technological development. The IIT aims to promote excellence in basic and applied research and to promote the development of the national economy.
As at December 2019, the IIT had produced more than 13000 publications, participated in over 200 European projects and more than 40 European Research Council (ERC) projects, made more than 900 active patent applications, created 22 established start-ups and has more than 40 more under due diligence. It has a network of 4 hubs in Genoa that form its Central Research Laboratories, a further 11 research centres around Italy, and two outstations located in the US at MIT and Harvard.

Fig. 2 – Left: Cable routing inside a single joint of the robot. Right: Matrix representing the routing of a robot consisting of ten joints. 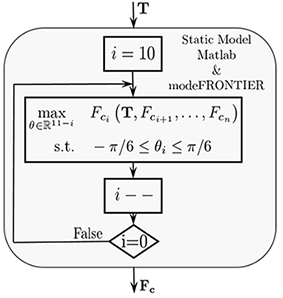 Fig. 3 – Flowchart for evaluating the force of the static model of the robot 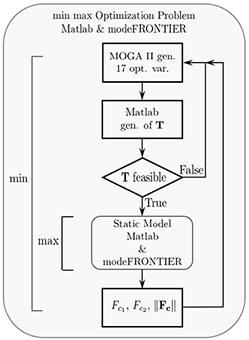 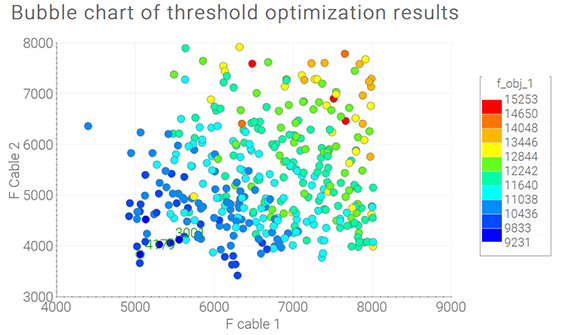 Fig. 5 – Bubble chart illustrating the results of the optimization problem 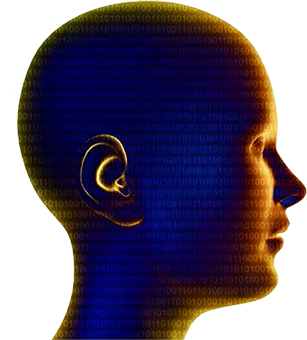 This technical article describes a human body model (HBM) wizard developed for RecurDyn and discusses what is already possible and what is in the development pipeline for the near future. Biomotion Solutions provides software to quickly build HBMs in industrial-grade simulation packages.