Spiral bevel gear pairs (SBGs) play an important role in transferring power between non-parallel shafts in transmission systems. Their high contact ratio, makes SBGs smooth and quiet, allows them to withstand high levels of torque and power, however their complex geometry requires a careful consideration of the parameters that affect transmission efficiency and durability. Vibration is a major issue because it influences the stress distribution, contact pressure, and fatigue life of a geartrain. Several parameters, such as fluctuating mesh stiffness and transmission error in the gear mesh exert an important influence on vibration which is the major source of driveline noise.

Therefore, mesh stiffness (MS) and transmission error (TE) are two key parameters that require intensive research. A variety of methods is used to calculate these two parameters. Loaded tooth contact analysis (LTCA) is used to calculate the static transmission error (STE) and the MS of a gear pair. Different methods can be used to conduct LTCA, including the finite element method (FEM), the experimental method, and the analytical method. Several software packages to analyze LTCA have been developed and released over the last decade. They use FEM, or standards (for instance, ISO), or both methods to extract MS/TE for different gear sets. In this study, STE and MS were calculated using the MASTA software package, and the results were compared with CALYX software. This paper presents the dynamic results of the case study investigated and illustrates nonlinear phenomena.

Bevel gears are often used to transmit power between non-parallel shafts. They comprise several geometries, the most significant of which are the spiral bevel gears (SBG). The vibration affects the stress distribution, the contact pressure, and the fatigue life of a gearset. Nonlinearity is affected by a number of factors, including backlash and time-varying mesh stiffness. It is to note that gear mesh transmission error is one of the most significant sources of driveline vibration and noise. A variety of approaches is used to study gear pairs. [1-5].

The total displacement of gears during meshing is given by the sum of different deformations, such as deflection due to bending, shear, and surface indentation. Sánchez et al [6] studied the mesh stiffness of pairs of spur gears taking into account the Hertzian effect and presented a formula for approximate mesh stiffness. Sánchez considered bending, shear, compression and contact deflection to obtain the mesh stiffness. For spur gears, the equation proposed in Ref.[6] calculated the load sharing ratio and the load at any point along the contact path. Cheng et al [7], used the finite element method to calculate time-varying mesh stiffness considering the influence of Hertzian deflection and various loads.

Recently, the research on SBGs has focused on tooth contact analysis to obtain static transmission error (STE), which is regarded as the primary cause of vibration. Kickbush et al [8] proposed two finite element models (two-dimensional and threedimensional) to approximate MS. Tang et al [9] investigated how two distinct STEs affect an SBG’s dynamic response. The two STEs evaluated were a pre-designed parabolic function and a sine function. Other research has investigated the influence of faults on the dynamic behavior of gear pairs [10]. Peng et al [11] proposed a new method for estimating load transmission error (LTE) which considers the effect of bearing supports. Wang et al. [12] used a finite element analysis technique to investigate the time-varying mesh stiffness of a gear pair with cracked teeth. The main objective of the present study is to calculate the mesh stiffness using LTCA. For this purpose, two powerful software, based on FEM, are used to calculate the mesh stiffness with the highest possible accuracy. After obtaining the mesh stiffness, we are able to analyze the behavior of spiral gear pairs in different situations, e.g. in the presence of misalignments.

Mesh stiffness and dynamic investigation are two of the most prominent and interesting topics that attract great attention from researchers. Investigation of mesh stiffness is significant to understand the behavior of the gear system. Obtaining mesh stiffness is mandatory to simulate the dynamic model of the geartrain.
To calculate the mesh stiffness of a gear pair, a loaded tooth contact analysis (LTCA) must be conducted [11, 13- 15]. Finite element analysis, experimental testing, and simplified analytical models are all suitable methods for performing LTCA. Comparing these methods, one could find that experimental methods [5] require expensive test rigs; and that while the analytical solutions developed for spur/helical gear pairs, they are not well suited to gear pairs with complicated geometries, such as spiral gears. In this context, FEM has been widely used in recent years owing to its reduced costs and its ability to model gear pairs with different geometries [1, 16, 17].
Several software have been developed to perform LTCA, two of the most powerful of which are MASTA and Calyx. This study focuses primarily on obtaining the mesh stiffness as accurately as possible. Both Calyx and MASTA are FEM-based, so comparing their results would be likely to ensure their accuracy. With respect to accuracy, the most sensitive output of a LTCA is the contact pressure. Fig. 1 shows the pressure distribution on the tooth surface along the pinion profile. The pressure distribution is parabolic, as predicted by the theory.
The next step, which is undertaken to check the accuracy of the results, is to compare them with the FEM data present in literature, see Bibel et al [18];it should be pointed out that they validated their results with experimental data. Fig. 2 shows the maximum principal stress on the pinion root at the middle surface. The solid line shows the simulation results, and the solid red circles are the results of Bibel it should be: [18]; we observe a very good match.
As mentioned, earlier, two reliable software with powerful solvers were used in this study. The static transmission error is expanded through the Fourier series and the coefficients are shown in Fig.3. The black bars represent the Fourier coefficient from the Calyx simulation results, and the red bars show the MASTA simulation results.

In this section, a model is provided to study the dynamics of an SBG gear pair. Consider the bevel gear pair in Fig. 4: the translational degrees of freedom for both the driver and driven gears are constrained in all directions; the gears can rotate about their axes, but no further rotation is allowed. In addition, the following assumptions are made: a pure involute profile with dry contact and no friction; and thermal effects are ignored.
The dynamic equations of motion of this system (Fig. 4) are given by [16, 19-23]:

Due to assembly and manufacturing errors, or changes in tooth profile, the backlash between mating teeth varies; this is called geometric transmission error, or e(t). The linear dynamic transmission error (DTE) along the line of action is defined as λ=rb1θ1 - rb2θ2. The two equations (1) are merged, and the following equation is obtained

Equation (2) presents the equivalent displacement of the gear mesh.

f(λ-e) is the backlash function of the displacement (Equation (3)). The backlash function multiplied by the stiffness returns the restoring force [2]. Whenever λ-e is between -b and +b, the contact loss occurs [24]. For λ-e>b, the contact occurs in forward flank, while if λ-e<-b, unwanted contact occurs at the back. In addition, the torsional mesh stiffness of the gear set is a timevarying function, which is periodic with the fundamental mesh frequency ωm=2π/60 N1γs. The equivalent mesh stiffness can be expanded by using the

The equivalent mesh stiffness can be expanded by using the 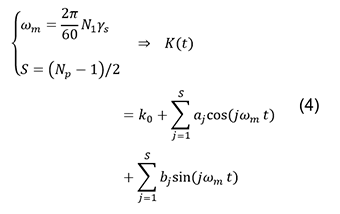 Where k0, aj, and bj are the coefficients of the Fourier series. Fig. 5 shows the rotational deflection of the Gear. In order to normalize the governing equation, new parameters are introduced as follows:

In order to normalize the governing equation, new parameters are introduced as follows: 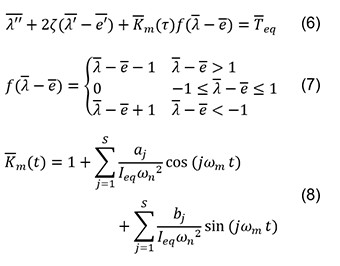 Equation (6) is a second-order nonlinear differential equation with time-varying parameters. This governing equation is solved numerically via the “RADAU scheme”, which is an implicit scheme of the Runge–Kutta algorithm with step control, capable of handling problems that require a high numerical stability; see, e.g. [1, 2, 16, 17, 23]*.

The design data of the SBG pair considered is listed in Table 1. Note that the gear pair considered was previously used by Bibel et al. [18]. The bifurcation diagrams and root mean square (RMS) are obtained by varying the excitation frequency, i.e., the rotational speed of the pinion. 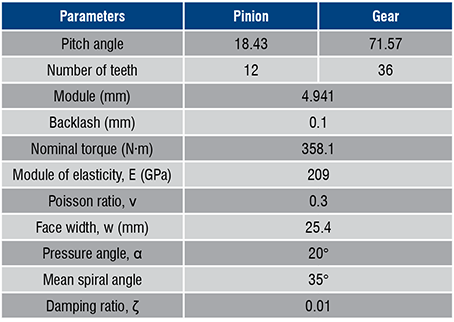 Simulations are performed in the range of ω⁄ω_n ϵ (0.1,2.5), forward and backward. For each frequency, the final condition of previous set is considered as the initial condition for the new step. For the backward simulation, the vibration is periodic (see Fig. 6), except in the interval ω⁄ωn ϵ (2,1.3) when subharmonic bifurcation occurs. Fig. 7 shows the amplitude–frequency diagram. The primary resonance as well as, super-harmonic resonance, and a parametric resonance (ω⁄ωn =0.5 and 2, respectively) are identified. These results show that the system experiences steady behavior until it approaches super-harmonic, primary and parametric resonances.

This study was conducted to calculate mesh stiffness and transmission error. The results were compared using two important FEM software programs (MASTA and Calyx), and finally the accuracy of the results was evaluated considering the data from a recent study by Bibel et al. As the results showed, the accuracy of the output results was acceptable.
Furthermore, the dynamic response of the system was also evaluated in this study. Subharmonic and super harmonic phenomena are illustrated for some special harmonics. Backside contact and contact loss was observed during the dynamic investigation of the SBG.
The dynamic equation presented is derived after some simplifications, namely: one degree of freedom and neglecting the effect of friction between two coupled teeth. It would be insightful for future studies to increase the number of DOFs or to consider the effect of friction on the dynamic response in order to analyze the dynamic behavior of the system in greater detail. The output of this study may be a significant step towards further investigation of the dynamic behavior of an SBG system.
In other words, the comparison made in this study allows the effect of different parameters (for instance, misalignment, tip/ root modification, andcrowning) on mesh stiffness, as well as the dynamic behavior of SBG sets a result of these effects to be investigated.

Acknowledgments: The authors would like to thank EnginSoft’s team for their support in this research.

By Moslem Molaie, Giovanni Iarriccio, Francesco Pellicano, Farhad S. Samani, and Antonio Zippo
A joint study by the “Enzo Ferrari” Department of Engineering at the University of Modena and Reggio Emilia in Modena, Italy, the Centre InterMech MO.RE., in Modena, Italy and the Shahid Bahonar Mechanical Engineering Department of the University of Kerman, in Kerman, Iran. 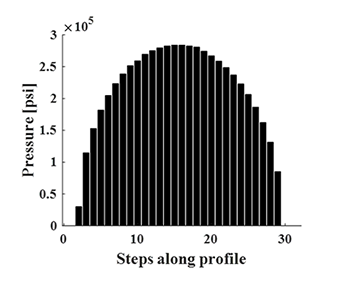 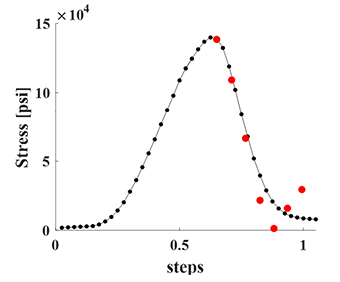 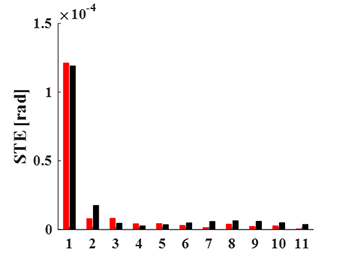 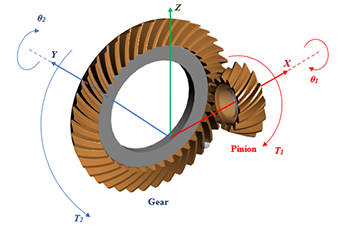 Fig. 4 - Dynamic model of a gear system with rotational degrees of freedom 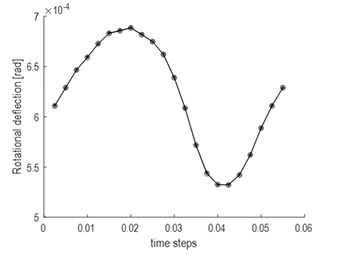 Fig. 5. Rotational deflection of the Gear 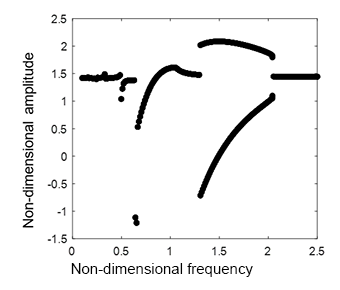 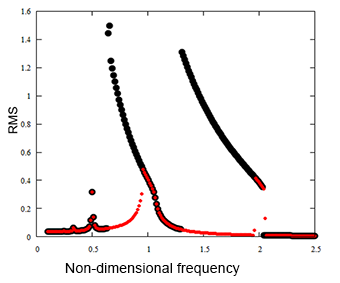 Suite for the design, analysis, verification and optimization of any driveline and mechanical power reducers/multipliers

MASTA is a suite for the complete design, analysis and optimisation of mechanical transmissions, encompassing numerous advancing forms of analysis from static deflection to component fatigue and NVH. 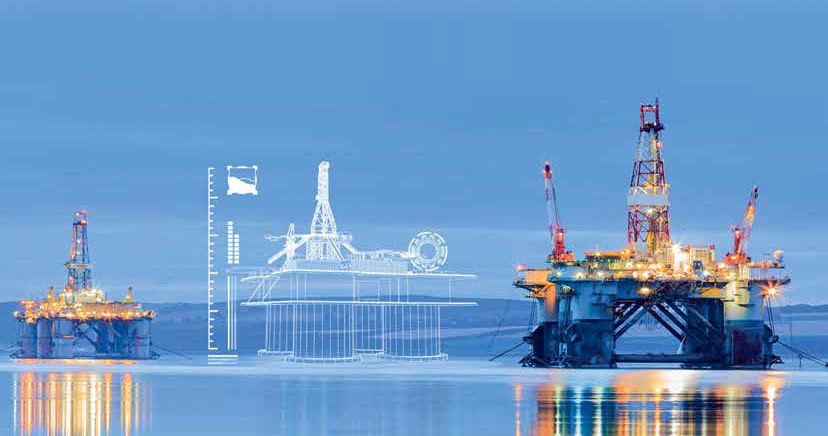 Improving the performance of shaped charges and passive ballistic protections

In this technical article, the authors discuss the development of CAE models for simulating the behavior of shaped charges, devices used in various industrial sectors, against two types of target – a monolithic steel target and a multi-layer steel-ceramic target – in order to better understand the physics of penetration.