Racing engines are continuously evolved and fine-tuned to allow them to achieve extraordinary levels of performance, albeit with great complexity. However, MotoGP regulations restrict engine development by constraining some of the main design parameters. This means that traditional design methods increasingly fall short and so designers are progressively turning to new CAE methods to achieve performance improvements.

This technical paper describes a method that was used to optimize the fluid dynamics in the intake valves and ports of the Aprilia RS-GP motorbike in order to enhance the engine’s volumetric efficiency and minimize pressure losses to maximize the intake mass-flow rate – while guaranteeing design feasibility. To save time and computational processing power for the simulation, the engineers followed a two-step optimization procedure after which the new designs were validated through physical experiment. 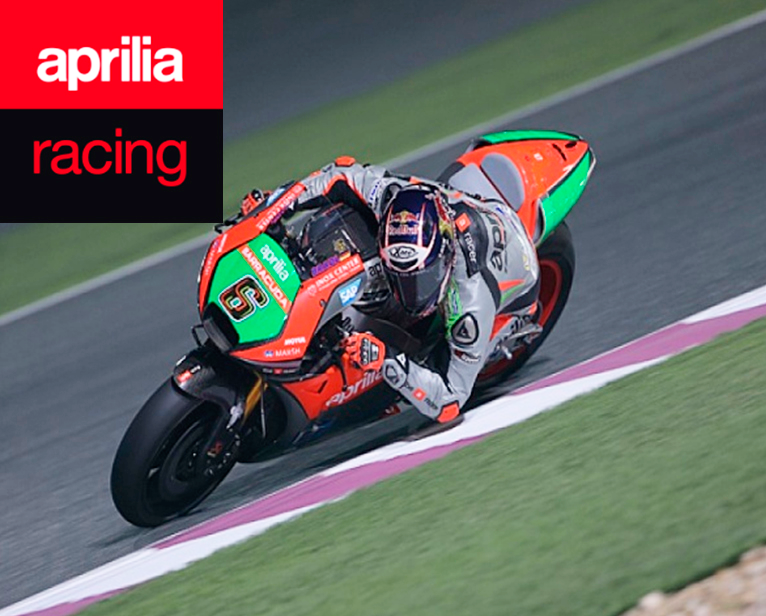 Racing engines undergo continuous evolution, allowing them to achieve extraordinary levels of performance and complexity. However, at the same time, regulations restrict engine development by constraining some of the main design parameters. Consequently, it has become increasingly difficult to improve the engine’s performance with traditional design methods, therefore an ever-increasing adoption of new CAE methods is required.
This paper presents a method to optimize the fluid dynamics for the intake valves and ports of the Aprilia RS-GP motorbike. The aim was to develop a procedure that joins parametric geometry design to automatic mesh generation and 3D computational fluid dynamics (CFD) analysis were coupled within modeFRONTIER in order to maximize the efficiency of the valve and port, while guaranteeing design feasibility.
As a result, the discharge coefficient at maximum valve lift of both the valve and the port was improved by 1.5% and 2% respectively. These results were validated through physical experiment with measured improvements of 1.2% and 1.6%, respectively.

Every year, MotoGP teams try to enhance the performance of their bikes by working on handling, traction and engine performance. Within this last field, effort is focused on several aspects, such as maximum generated power or maximum efficiency and durability. Due to MotoGP regulations or structural limits, several engine design parameters are fixed or cannot be modified by engineers during the development stages. For this reason, the best way to increase power is to enhance the volumetric efficiency of the engine, minimizing pressure losses and thus maximizing the intake mass-flow rate. A two-step optimization procedure was performed starting from the current engine configuration. In the first step, the inlet valve geometry was optimized while in the second, the terminal part of the inlet port was optimized using the valve geometry obtained from the first study.

Both optimizations were performed using modeFRONTIER, integrating different software tools in an automated process, and applying the available multi-objective optimization algorithms: The parametric geometry was built using PTC Creo Parametric. ANSYS ICEM CFD was used to generate a structured mesh of tetrahedral elements using the octree algorithm. Finally, to quantify the fluid flow performance of each candidate solution, a full 3D steady-state simulation model was defined in ANSYS CFX. The fluid domain was modeled to replicate the experimental bench used for results validation and considered a fixed valve position at the maximum lift with wide open throttle. The two-equation SST k-omega turbulence model was used to model the turbulence flow inside the cylinder.

The valve geometry determines the fluid flow characteristics of air entering in the cylinder chamber. The first step was to optimize the valve’s head. In fact, the valve’s stem design is fixed due to structural constraints and distribution configuration. The fillet radius and the four angles defining the valve’s head geometry were considered as input variables, while the maximum valve radius was fixed to avoid interference with the exhaust valve. Fig.2 reports the workflow created in modeFRONTIER to drive the optimization task, highlighting the sequential phases of the process automation.

Performing 3D CFD simulation is quite demanding in terms of computational resources and time, hence, classical optimization techniques may not be feasible. In this specific case, the pilOpt and Simplex algorithms were combined sequentially to find the best solution. PilOpt is a proprietary hybrid multi-strategy algorithm that combines both local and global search algorithms, speeding up the convergence rate, and balancing real and Response Surface Methodology (RSM)-based designs. Multiple RSMs are automatically trained, validated and used to reduce computational time and achieve better solutions. After running 100 designs using pilOpt, the search was refined using the Simplex algorithm, with an additional 60 design evaluations (fig.3). The results of the optimization led to a 1.5% increase in the overall mass-flow rate considering the optimized geometry. Looking in more detail at the velocity profiles and fluid streamlines (fig.4), it is possible to note how the optimized geometry enables less deviation and a smoother transition of the fluid from the port to the cylinder chamber.

The second activity considered in this work was the optimization of the intake-port geometry. The intake geometry is strongly constrained in its position by the intake valve actuation mechanism, the crankshaft displacement and the engine displacement. The major challenge was to define an efficient parameterization of the intake tube by limiting the number of input variables and simultaneously obtaining robust and accurate geometry variations, while respecting the constraints due to the limited free space.

For these reasons, the port was described by four sections defining the frontal area, and four splines defining the longitudinal expansion of the port and the position of the sections (fig.5). The spline shapes were defined directly in modeFRONTIER using the Bezier curves. This function is housed in the calculator node and allows the generation of smooth and continuous profiles using a limited number of input variables called control points. These are then imported into the CAD software where the 3D geometry is generated. A constraint is defined on a minimum volume and, in those cases where the constraint is not respected, the CFD simulation is not performed in order to save time. As was done for the previous optimization, the PilOpt algorithm was used by setting a total number of 60 iterations (fig.6). The best design allowed a 1% improvement of the total mass-flow rate compared to the baseline design. This was a satisfying result considering the limited variation possibility of the port geometry.

The optimal results obtained by the numerical optimization were then validated using an experimental test bench, and they demonstrated good agreement between the simulation and experimental results (fig.7). It is interesting to note that the result obtained from the valve optimization approach created improvements at even lower valve-lift ratios, while the optimization was only carried out at a fixed high valve-lift ratio (0.4 h/D). This is essential to keep computational effort and time low and to ensure a robust solution at other engine operating conditions. The results illustrated in this article only represent a preliminary study to adopt proper optimization strategies to improve engine performance. Further steps would consider multiple valve-lift values and would involve combustion simulations. 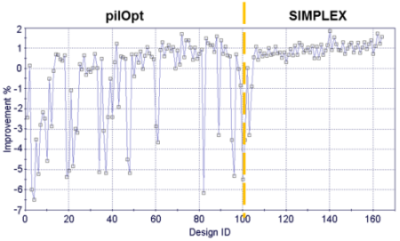 Fig.5 – Sections and splines used for the geometrical parameterization of the intake port 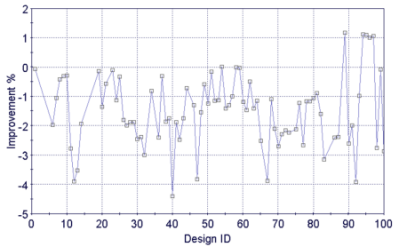 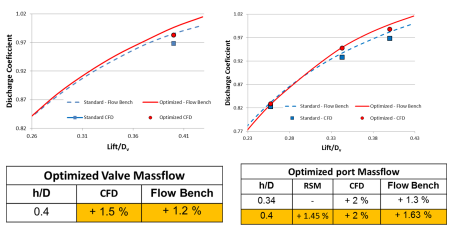 This article describes how EnginSoft applied a Computational Fluid Dynamics (CFD) analysis, on behalf of Whirlpool EMEA, to simulate three different geometrical design modifications to the vacuum cleaner head to improve on a baseline performance that was modelled first.