Teknokon Group is a multi-disciplinary organization headquartered in Istanbul, Turkey. Its holding, Teknokon Machinery, founded in 1993, is an engineering and manufacturing company with wide international experience. They provide mechanical design and production of various process equipments used in sectors such as chemical, petrochemical, energy, mining, food, beverage and cosmetics, in accordance to the certification of quality, environmental and occupational health and safety management systems regulated by the respective standards (ISO 9001, ISO 14001 and OHSAS 18001).

Teknokon Machinery has developed its know-how in design and manufacturing of various types of storage tanks during the years and they have become among the leader in this field. By taking advantage of EnginSoft experience in Simulation Based Engineering, by means of the FEM analysis, the Durability, Structural Integrity and Buckling behavior of a new group of toxic liquid and fuel storage tanks have been investigated.

FEM analysis to investigate and improve the durability of products

In this project, thirteen different kinds of storage tanks have been modeled using ANSYS Mechanical. Three dimensional geometry and the finite element models have been generated from 2D technical drawings in order to investigate the mechanical behavior of the tanks when filled with liquid and to predict the buckling behavior when they are empty. Two of the storage thanks had a mixer located at the top of the roof with an installation platform. The mixer has been considered as a lumped mass rigidly connected to the platform.
Quadratic shell elements with full integration option have been used to mesh the model. Converged mesh has been used in critical areas where the stress gradients higher to be able to capture the right mechanical response . Loads acting on the system have been provided by Teknokon. Forces and moments have been applied to the flanges and hydrostatic pressure has been applied to the inner surfaces of the tanks. The effect of gravity has been considered: snow loads, presence of the weight of people and the wind forces have been taken into account in the finite element analysis. Fixed supports have been introduced through the baseline of the models.

FEM analysis has allowed us to better understand the mechanical and buckling behavior of the structures. In this way, we could define the proper geometrical modifications necessary to guarantee the structural integrity of the storage tanks. 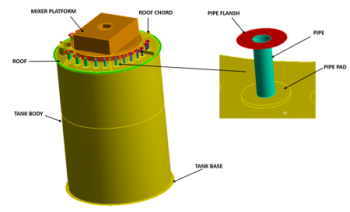 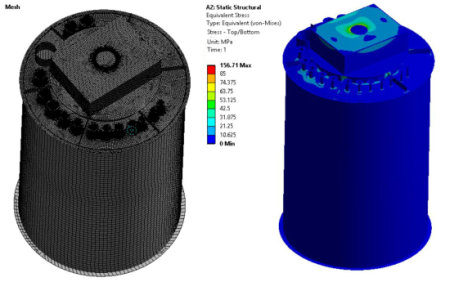 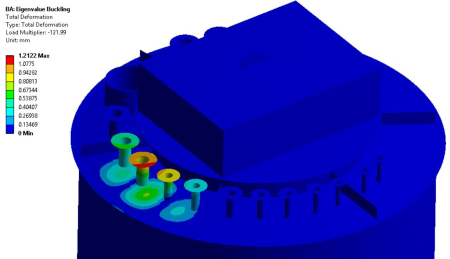 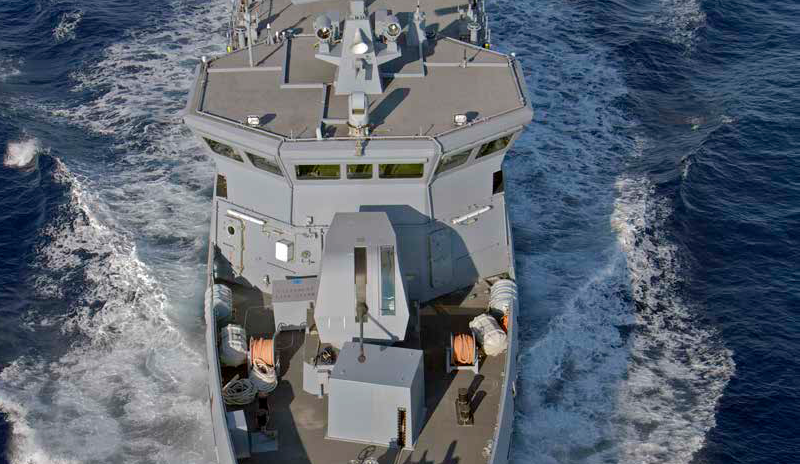 Software found to save time in the design phase

This technical article describes a comparative study that was undertaken by Intermarine, with the assistance of EnginSoft, between using the Flownex simulation environment and Intermarine’s manual or classic methods (both of which were compared with actual field data from on-board measurements) to predict pressure losses in the various piping systems that convey fluids on board a vessel.