Churning loss within a calender roll of a paper machine

Performing flow simulations to investigate the complex loss mechanisms caused by the interaction of the rotating oil ring within a piston in the inside of the roll of a calender, which is an important device of a paper machine. Hereby, the trends of the churning losses are determined for design improvement conducted by Voith Paper R&D. 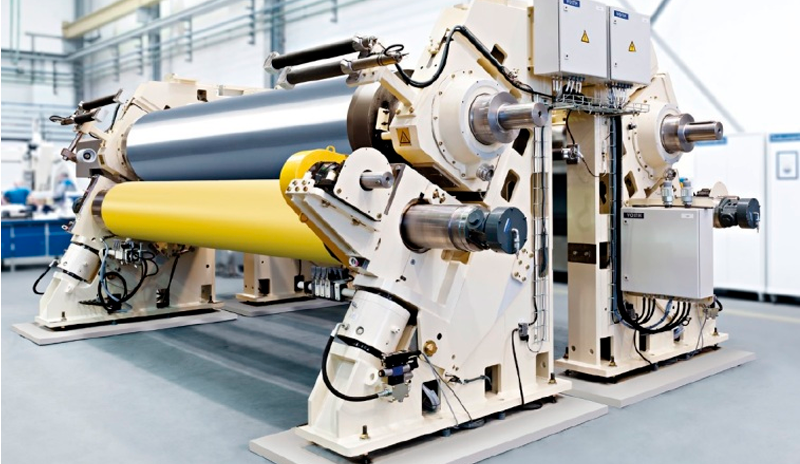 Churning loss within a calender roll of a paper machine

Within this article, we will demonstrate how a simplified numerical model of a calender roll can be generated and investigated using the full potential of the particle simulation software Particleworks.

Producing paper needs many process steps. A general setup of the entire paper production process can be taken from Figure 1. At the beginning of the proceeding, in the stock preparation, fiber suspension is created, screened, cleaned and refined, see [2] for further details. Subsequently, the furnish is brought onto the paper machine, in which it is dewatered. The produced paper is now rolled up at the reel section onto a metal spool to create a paper roll, which is called tambour. This is the final product of the paper machine, which can be used to perform further process steps such as calendering. Depending on the customer’s needs, calendering can take place either after the paper machine (off-line) or within the paper machine before the reel section (on-line), as shown in Figure 1.
The calender can consist of several rolls to bring the required high pressure and temperature on the paper surface, see Figure 2 (left). One roll includes multiple pistons along its machine axis. The high amount of pistons is necessary to adjust the required constant pressure along the entire paper web width to ensure uniform paper surface quality. At every single piston, oil is injected so that a thin oil film is created to lubricate the rotating roll and the stationary axle, see Figure 2 (right). Additionally, the oil is used to adjust the required temperature.

The calender geometry has to be simplified to a periodic numerical model. Hereto, the used numerical model takes the main components of a calender roll into account and consists of the following three parts, see Figure 3:

After pre-processing, the oil volume is numerically discretized resulting in about 700,000 particles. The oil is defined according to ISO VG 100 [4]. It is assumed that the oil temperature is constant. Particleworks version 7.0.0 is utilized as a particle-based method to perform the numerical simulations. Using the particle-based method, it was easier to realize the calender roll simulations and model all complex unsteady flow phenomena compared to “ordinary” CFD techniques, e.g. volume of fluid method (VOF). In direction of the machine axis translational periodic boundary conditions are applied. All walls are defined as adiabatic and smooth.

First, a simulation was performed without a piston to check, whether a stable rotating oil ring is formed or not, i.e. physical plausibility check. Hereto, Figure 4 illustrates the simulation result of the last time step, which shows a physical plausible formation of an oil ring (see left). This result is quantitatively underlined by the determined torque, which converges to a steady solution (see right). In the following, the torque is used as a target value to quantify and analyze the churning loss.

The particles of the numerical solution of the last time step are used as sample points to generate an interpolated oil surface. The interpolation result is visualized in Figure 5. Here, the impact of the partly reflected oil close to the piston head on the oil distribution can be seen.
The oil in 10 o’clock position is very turbulent compared to the flow conditions within the fluid domain. The formation of the vortices constantly requires kinetic energy to keep the vortices alive. Moreover, the turbulent oil mixing leads to energy dissipation resulting in the oil heating up. That is why generally, oil has to be removed, cooled and injected again.

Understanding the main loss generation mechanisms within a calender roll is the key to design a calender which shows a minimum churning loss. With this in mind, using Particleworks can indeed supports and accelerates the entire development process by taking full advantage in terms of virtual product testing.

Parts of this article have been already presented and published at the VII International Conference on Particle-Based Methods PARTICLES 2021 in Hamburg (Germany) [1]. 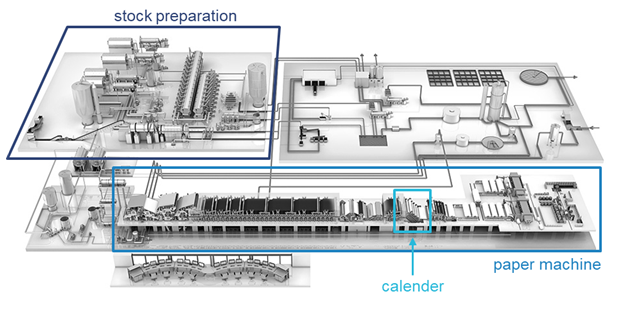 Figure 1: Typical setup of paper production process and localization of on-line calender within a paper machine. 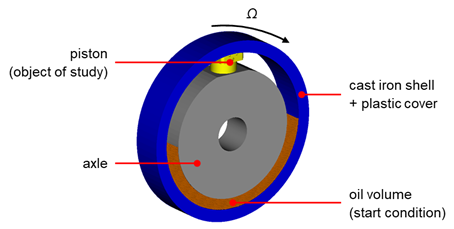 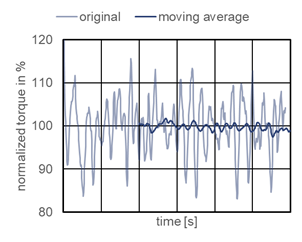 Vin Service, founded in 1976, is a world leader in dispenser technology and the first Italian manufacturer of draft-wine dispensers. Its core business is in the dispensing equipment industry and in cooling systems for beverages.