Constant demand for improved engine performance has led to an increase in the heat fluxes through vehicle cooling systems, pushing their design to the limit. In agricultural vehicles, especially in specialty tractors where the hood design is very tight, this cooling problem is compounded: the low vehicle speed, higher operating temperatures and the dirty environment all have a negative impact on cooling performance. In this technical article, a CFD study of various designs for four different specialty tractors: two brands of specialty tractors for vineyard configurations, and two brands of specialty tractors for orchard configurations, are described.
The analysis evaluated the heat flow rate distribution in the hood openings, the flow over the cooling packs and their heat dissipation, as well as the flows and the temperature in the underhood and over the cabin, in order to improve the overall cooling performance and operator comfort and safety.
The study revealed the strengths and weaknesses in the original design as well as in the subsequent modifications, allowing the thermal management to be improved prior to prototype testing, speeding up the design process and saving time and money.

In recent times, vehicle design has become very challenging. Increased environmental considerations, together with the constant demand for improved engine performance, have led to an increase in the heat fluxes through the coolers, pushing the design of the coolant systems to the limit. In agricultural vehicles, and in particular in specialty tractors where the hood design is very tight, this cooling problem is compounded: the low vehicle speed, higher operating temperatures and the dirty environment all have a negative impact on cooling performance.

Solving thermal management problems is essential in the early stages of design. This is where models using computational fluid dynamics (CFD) are increasingly being used to optimize thermal performance prior to production and prototype testing. The subject of this study was a new design for a narrow specialty tractor available in four combinations: a vineyard or orchard configuration under both the Landini and the McCormick brands. The objective of the analysis was to evaluate the flow rate distribution in the hood openings, the flow over the cooling packs and their heat dissipation, as well as the flows and the temperature in the underhood and over the cabin, in order to improve the overall cooling performance and operator comfort and safety.

The automotive literature includes a lot of CFD work on optimizing underhood and front-end cooling modules, but most of these focus on the overall layout or on modifications to individual components. In this study, the entire tractor is examined in order to determine the influence on the cooling performance of both the individual components and their layout under the hood.

In this study, a CFD model of the whole tractor was built using the commercial CFD software of the ANSYS 2019R2 suite. In particular, Space Claim Direct Modeler SCDM was used to prepare the geometry from the CAD import, Fluent was used to mesh the model, and CFX to pre-process the model, run the simulation and post-process the results.

Due to the complex geometry, some geometric simplification was applied to contain the total number of cells. The components of the under-hood compartment were all included in this study. The tractor cabin, together with the tractor axles and the wheels were also modeled. The tractor was placed inside a virtual wind tunnel box. Two different tetrahedral meshes were constructed: one for the rotating (fan) domain and one for the stationary domain, for a total of about 50 million cells. The effect of the fan was evaluated by mean of a frozen rotor interface. This enabled the swirling effect of the fan to be considered without complicating the model. The heat exchangers were included in this study as porous media. The viscous and inertial component of the pressure drop was determined by an adaptation to the curve of the measured velocity data of the air pressure drop for the heat exchanger of interest. The thermal power exchanged was calculated for each individual radiator by multiplying the value of the Heat Rejection (HR) interpolated to the mean value of the velocity through the heat exchanger by the entering temperature difference (ETD) value calculated at the mean value of Temperature.

The ETD factor takes into consideration the reduction in the efficiency of the radiator exchange with the increase of the air temperature.

The pressure drop, HR and ETD values have been tabulated and are available from the heat exchanger manufacturers. The hood inlets are filled with a finely meshed metallic grill. The characteristic length of these metallic grills is smaller than the numerical mesh. The grills were therefore modelled as porous media. To evaluate their pressure drop characteristic, an auxiliary static flow simulation was performed to extract the linear and quadratic coefficients for the pressure losses.

The simulation was performed at an air temperature of 40°C. A non-slip boundary condition was applied to the lower face of the domain to represent the road surface. All the other surfaces of the wind tunnel were modeled as opening boundaries to allow the flow to enter or exit freely from the domain. A constant pressure equal to the atmospheric pressure was applied to these faces of the computational domain. The tractor was assumed to be stationary, the worst condition for cooling performance.

The model was simulated using the following assumptions:

The conservation equations of mass quantities, momentum, energy, and turbulence for the above model were solved in a multiple CPU cluster until the convergence standards were met. The thermal exchange in the coolant packs was automatically calculated using equations (1) and (2).
The velocity and temperatures in the regions of interest were then analyzed.

The results of the simulation are explained and analysed below, with particular attention to the area of interest to the vehicle design process.
The main topics are: distribution of mass flow between the hood inlets, distribution of mass flow between the hood outlets, recirculation of flow from the outlets to the inlets, the thermal energy exchanges and temperatures in the coolant packs, and the cabin surface temperature. These results are the most significant in terms of the thermal performance evaluation, providing direct feedback on potential design modifications to improve performance.
The distribution of mass flow between the hood inlets or outlets, and the flow direction in these openings, provides direct feedback on the design of the openings. These openings should ensure sufficient airflow through the coolant packs to meet the objective of thermal energy exchange in the coolant packs.
The air temperature at the grills was also evaluated. The areas of the grill that are warmer than the ambient temperature indicate the recirculation of the hot air flow from the outlets. In order to maximize the performance of heat management, these areas should be kept to a minimum.
Not least, the cabin surface temperature was analysed. Hot areas here should be minimized to improve operator comfort in the cabin, which can be achieved by redirecting the hot flow from the outlets away from cabin.
The first preliminary design of the tractor hood showed several problems that could be improved. The first simulation highlighted the strengths and weaknesses of the hood design; with this in mind, four additional designs were subsequently simulated to improve the thermal management. 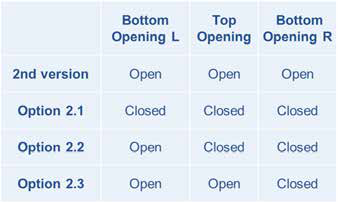 The first modification of the layout introduced:

This design (“second version”, below), as we will see later, aggravated the problem of recirculation, so the new upper and lower openings were selectively closed, as shown in the table below.

These new layouts were modelled and simulated as mentioned previously. The results were then analysed and discussed, following the methodology of the first design. The results are summarized in the following table.
The second version, as expected, shows a significant increase in the mass flow evacuated from the outlets (all values are percentages of the total mass flow rate from the outlets of the first design). This improvement in flow evacuation, however, had no impact on the thermal power exchanged in the water radiator; the power actually worsened by 5%.
In order to evaluate the best trade-off between flow ejection and recirculation reduction, the three options mentioned above were analysed.
An improvement in the average grill temperature shows a good correlation with the thermal power exchange performance, being the most important factor in thermal management. Option 2.3 was therefore confirmed as the best hood design.
A close correlation between the average grill temperature (and thus the flow recirculation) and the thermal performance of the coolers is an important proof of this study. Similarly, other synthetic values can be discovered to describe the overall suitability of each design and address further performance improvements.

CFD simulation is an important tool for evaluating and optimizing the preliminary designs of a tractor hood to improve the performance of thermal management. In this study, the CFD analysis revealed strengths and weaknesses in the design and was used to analyze the subsequent modifications.
These modifications enabled the thermal management to be improved prior to prototype testing, speeding up the design process and saving time and money. In addition, the analysis highlighted the most impactful parameters with respect to thermal performance, assisting with future layout decisions.
As a further step, this study will be validated against real case tests as soon as the first tractor prototype is produced.

The author would like to thank the ArgoTractors’ Engineering Department for their support and permission to publish this paper. The valuable contribution and collaboration of the engineer Diana Magnabosco from EnginSoft is also gratefully acknowledged.

Argo Tractors designs, produces and distributes a wide range of tractors under three historical brand names: Landini, McCormick and Valpadana. It is a global company with around 1800 employees that makes continuous investments in R&D, of which this work is just one result. 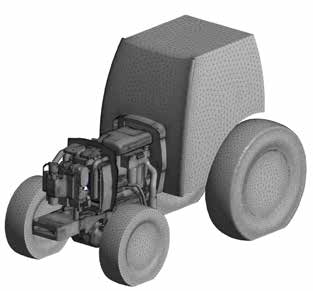 Fig. 1 - The tractor model: the whole tractor was modeled and analyzed. 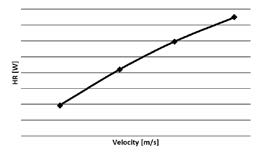 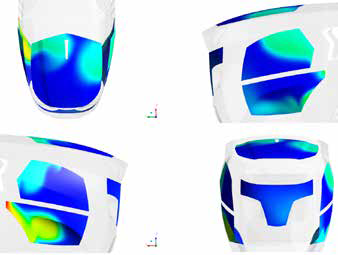 A study demonstrating the benefits of simulation over prototyping

The growth of technology and end-user expectations is ever more important in many application areas and medical devices are at the forefront of this innovation process.