Climaveneta SpA enlisted the support of EnginSoft to assess the possible advantages of using Computational Fluid Dynamics (CFD) analysis in its new product design process. The objective of the study was to create a virtual model of Climaveneta’s new ACU171 Expanded Close Control Unit and then match the numerical results with the experimental measures. Afterwards, the engineers tested some geometric modifications to optimize the distribution of the air flow velocity on the filter surface to improve the unit’s heat exchange properties. This brief technical article describes how the study was undertaken and the results obtained.

In order to assess the possible advantages offered by CFD analysis in the new product design process, a series of numerical simulations was performed by Climaveneta SpA with the support of EnginSoft. The aim of the activity was to reproduce the new ACU171 Expanded close control unit (see Figure 1), matching numerical results with experimental measures. Afterwards, some geometric modifications were tested to optimize the air flow velocity distribution on the filter surface to improve the heat exchange properties.

The 3D simplified model of the baseline geometry was created with SolidEdge. A further arrangement was carried out by the ANSYS CAD system, while all the analyses was performed in ANSYS Workbench using the CFX R15.0 solver.
The core components of the machine were treated as porous sub-domains (the filter and the exchanger) and general momentum sources (fans), although in a second phase a tridimensional representation was also tested for fans. The porous losses were expressed by Darcy’s law and set according to the pressure drop curves determined by the manufacturer, and then applied to the designed domains respectively.

Due to the complexity of the system, a 5.5 million elements tetrahedral mesh with prism inflation layers was generated. The two domain openings were characterized by an averaged static pressure equal to 0 Pa relative to a reference pressure of 1 atm. The turbulence model chosen was the Shear Stress Transport (SST).

The reliability of the CFD model was initially verified by comparing numerical results with the laboratory measurements. Two different machine configurations were available and reproduced: the baseline, equipped with three 630mm diameter fans, and a larger version with two bigger 710mm fans. Experimental data was collected regarding the total mass flow and air velocity distribution on the suction side, as well as the absorbed power and electric current.
A very satisfying correlation between the numerical solution and measured parameters was obtained. As a further comparison, the pressure drop through the filter and the heat exchanger were checked. The main results of these simulations are reported in Table 1.
The analyses also demonstrated the possibility to obtain a wide set of qualitative information about the behavior of the fluid within the close control unit. For example, in Figure 2 a global streamline distribution is shown.

Optimization of the filter frontal velocity

All previous simulations resulted in a highly non-uniform distribution of the frontal velocity upstream of the filter. The same consideration is valid for the exchanger below. This situation is not optimal from the point of view of the global yield of the heat exchanger, which is forced to work differently depending on the local air velocity.

For this reason, the validated CFD model was used to investigate the possible introduction of some geometric devices in order to prevent this problem. The expanded, two fans model was chosen as the base configuration. Some of the interventions taken into account are presented below.
The first implemented solution was a reduction of the finned pack’s tilt, compatibly with the machine’s lateral size, but this change did not induce a meaningful benefit.
The second and the third simulated modifications were quite similar, and both concerned one or more vertical separation septum located above the filter along the entire upstream volume. The concept was to divide the total air flow into two or more equal sub-flows, trying to rebalance the velocity distribution from left to right. In fact, the analysis of the baseline geometry showed that the region of maximum air velocity values was located on the lower left corner of the finned pack.
Simulations demonstrated the inefficacy of this type of intervention because the velocity distribution on the filter maintained the initial asymmetric appearance.
Much better results were obtained by using a 54° inclined deflector, horizontally fixed under the electrical panel. In this case, a quite uniform velocity distribution over the filter was reached (Figure 3). Compared to the baseline configuration, a slight fall was detected considering the total air flow (less than 4%) and the mean velocity on the inlet at suction side (less than 2%). Nevertheless, the standard deviation calculated in terms of frontal velocity upstream of the filter passed from 0.34 to 0.146 by using the deflector, confirming the effectiveness of this simple improvement.

In summary, CFD simulations performed by ANSYS Workbench/CFX allowed to obtain a good correlation between the experimental data and the numerical solutions. Furthermore, these analyses gave a wide range of additional information which would be very difficult to obtain in the laboratory.
The possibilities offered in terms of virtual prototyping have been positively benefited by seeking a solution to the unevenness of the exchanger’s frontal velocity distribution. A satisfactory result was achieved in few attempts, with a very simple mounting device which does not require any modification to the initial design. 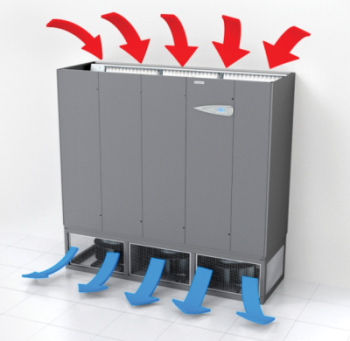 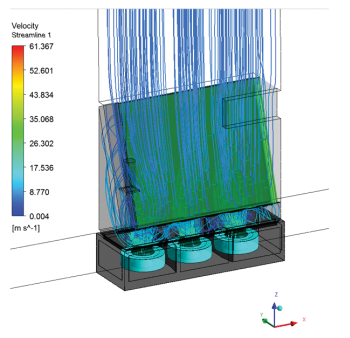 Fig. 2 – Air patterns within the machine 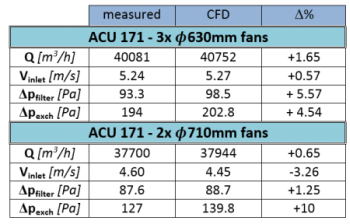 Fig. 3 – Comparison of the frontal velocity field before (left) and after (right) the introduction of the deflector

Many companies united by a common purpose: to enable people to rise

The choice to employ the ANSYS technology

Today the numerical simulation offers an important added value for dimensioning and testing of the motorbike’s chassis.